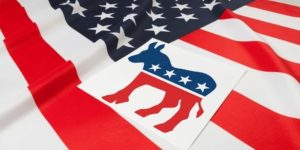 We all know that when there is a change in the White House administration, there could be changes to our day-to-day lives.  And with the transition to a Biden presidency, plus Democratic control of both the House and the Senate, there are various proposals on the table that could result in significant changes to retirement plans, particularly for individuals and couples who earn more than $400,000 per year.

Just as when you approach a milestone or experience a life event, a change in our country’s leadership can be a good time to reevaluate your retirement and estate plans to make sure they take tax climate and government policies into account.  Here are some potential changes to keep an eye on.

Social Security trust funds have been running a surplus since 1982.  Right now, the surpluses are predicted to stop in 2020 and the system will rely on incoming interest payments to make up the deficit until 2033.[1]  At that point, if no changes are made, benefit payments may shrink to 80% of what Americans expect.[2]  If you have been following this story and are confused about the 2033 date, you did not read that incorrectly.  Previous estimates were that the trust fund would be depleted by 2035, but due to the COVID-19 pandemic and related economic struggles, the timeline has been pushed up 2 years.  That is not good news if you are planning to retire soon.

President Biden has proposed several key changes intended to address the general issue of long-term Social Security solvency while also making benefits available to certain populations. Biden has proposed to increase Social Security benefits to 125% of the federal poverty level, increase benefits for Americans who have been receiving payments for 20 years or more, and pay greater benefit amounts to widows and widowers.[3]  The President has proposed to fund the expansions, in part, by imposing higher Social Security tax rates on earnings between $400,000 and $600,000.[4] Another option that could improve funding prospects for 75 years is to raise the payroll tax 1.2% for everyone—that includes both employees and employers.

The Biden plan includes changes to the taxation of intergenerational gifts and estates.  The plan could include a repeal of the “step-up in basis”[5] that currently allows heirs to legally avoid paying tax on capital gains prior to the transfer of assets.  In addition, the maximum long-term capital gains (LTCG) tax rate could increase from its current 20% to a new cap of 39.6%.  The lifetime Generation-Skipping Transfer Tax (GSTT) exclusion, currently set at $11.7 million for 2021, is already scheduled to sunset in 2026, resulting in the imposition of estate taxes on estates exceeding $5.8 million.  Additional proposed legislation could further reduce the exemption to $3.5 million, the limit in 2009.[6]

The Biden administration has reportedly proposed to change the way contributions to a 401(k) plan affect tax liability. The plan would replace the traditional tax deferral with a flat 26% tax credit.  The change would have the effect of equalizing tax deductions between income brackets.  Since lower earners are taxed at lower rates, tax deferrals under the current structure results in greater current-year tax savings for high-income earners.  The Biden plan would also create “automatic 401(k)” accounts, designed to offer the benefits of a 401(k) plan to individuals who are not offered retirement plans through their jobs.[7]

An additional provision of the Tax Cuts and Jobs Act (TCJA) could be rolled back: the repeal of the Pease Limitation, which was first introduced in 1991 and has since been repealed and reintroduced twice.  The Pease limit began to incrementally reduce the tax deduction value by 3% on certain itemized deductions for taxpayers whose adjusted gross income (AGI) exceeded specific thresholds (which changed each year).  In 2017, the last year before the recent repeal, the AGI limit was $261,500 for single filers.  If the Pease limit were reinstated, high earners would lose the tax-saving benefit of commonly itemized deductions.

While the new administration is likely to have some impact on the changes reviewed here, the ultimate effect on the market may be less definitive.  History tells us that the linkage between an election result and a market impact is not always clear; there are just too many non-political variables that impact investment outcomes over merely who wins an election.  As detailed in the hyperlink above, U.S. stocks have risen over the long-term regardless of political party in charge.  Instead of investing based on political narratives, we stick to our longer-term process of building portfolios that are durable in any environment.  A good investment process must consider multiple macro scenarios and assess the potential risks and returns in each.

What Does This Mean for You?

You might be scratching your head, wondering how all these figures and complicated jargon impact your retirement.  Bottom line: if you have not recently reviewed your financial plan, now is the time to reassess and make sure your strategy is aligned with the potential tax law changes that we may be seeing over the next several years so you can maximize your wealth and minimize your tax liability.  You can reach us by calling (844) 377-4963 or emailing windgate@windgatewealth.com.  You can also book an appointment online here to discuss the big picture and set your finances up to succeed no matter what happens.

Data here is obtained from what are considered reliable sources; however, its accuracy, completeness, or reliability cannot be guaranteed.

The 4 Biggest Money Mistakes We See